Robertsdale Pre-Thanksgiving Shootout was filled with plenty of action. 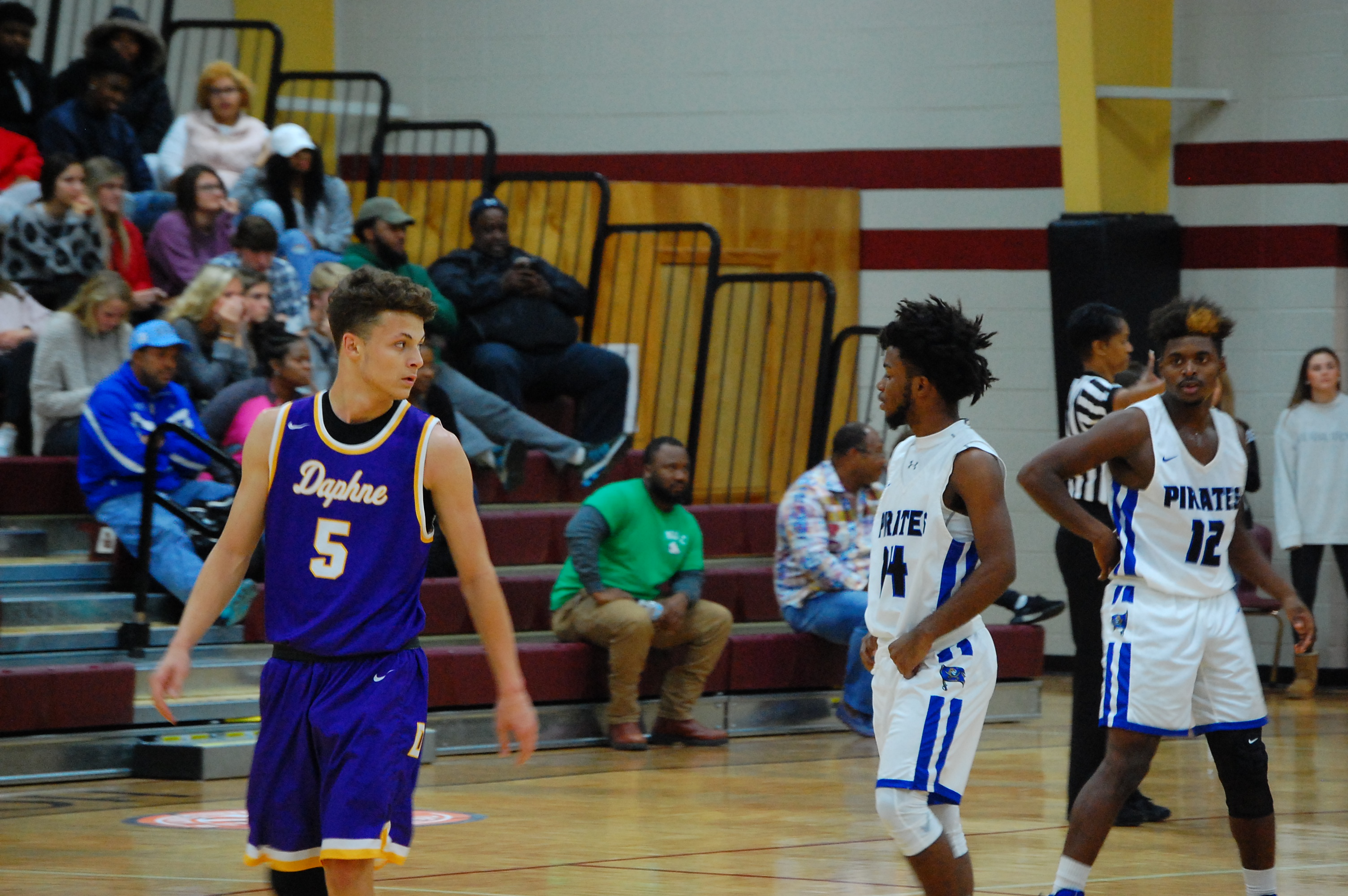 With turkey, dressing and all of the fixings being prepared for tomorrow’s Turkey Day, there were high school basketball players in a shootout in Robertsdale, AL.  Let’s just right to it, Benni Gambino help lead the Daphne Trojans past the Fairhope Pirates on Wednesday night.  Gambino was ice cold in the 1st half only scoring 6 points total a 3 pointer in each quarter.  It wasn’t until the 2nd half Gambino started to heat up, hitting  four 3 pointers in the 2nd half.  Fairhope should plenty of fight by bring the lead down to only 3 points, but the Trojans were able to hold on for the win.  The Trojans are back to back Champions at the Robertsdale Pre-Thanksgiving Shootout.

Other Boys Games on the day

This game was a battle at the start of the game, Faith Academy controlled the boards with their two bigs  2020 SF Aaliyah Austin and 2019 C Destiny Sanders.  McGill Toolen continued to fight back and keep the game close, going into halftime with lead 28-22.  The second half was a different story all together, McGill turned up the defense and were able to hold Faith to on scoring 6 total points in the 2nd half and come out with the win 45-28.

Other Girls Games on the day